It is the only Hindu temple now existing at Bagan. Probably built in the 11th  century, it is partly in ruins and what now remains is the main hall with the central mass and the superstructure. As it is dedicated to Vishnu, it is decorated on the present exterior wall with stone figures of the ‘Ten Avatars’, Gautama being the ninth.

There are wall paintings in this temple which are contemporaneous with the building and the sculptures. These have become mostly obliterated. Occupying the centre of the temple is a hug square pillar in brick, around which there is the usual circumambulatory passage, vaulted over; this pillar supports the dome and sikhara above. On each face of it there was originally the figure of a standing deity placed in a niche adorned with pilasters. These are representations of Vishnu cut in relief in bricks.

In a number of versions of the mythology, Lord Buddha is thought to be the ninth incarnation. However, this was an addition that came after the dasavatara was already established. 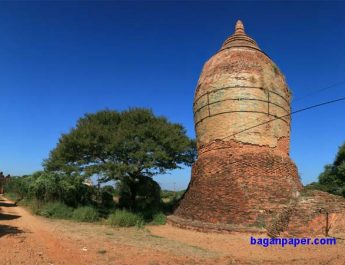 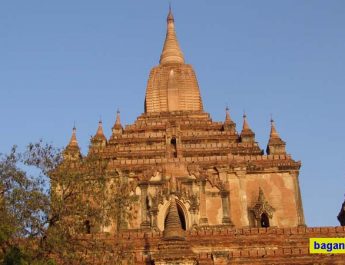